Mapping the substructure of the Earth with atomic clocks?

My first geophysics paper (published in Geophysical Journal International; arXiv and widely mentioned in the news) discusses how one could use the tick rate of atomic clocks to find density anomalies within the Earth (e.g., water, oil, mineral deposits). This method provides the most direct, local mapping of the geoid and could be combined with existent geophysical surveying to improve our understanding of the internal structure of the Earth. This work was described in the press in English (MIT's Technology Review, New Scientist, Phys.org, University of Zurich press release), French (Futura Sciences), German (Welt der Physik), Swiss German (Sonntag Zeitung and the German version of the UZH press release) and Russian (Science Compulenta). Once the university press release appeared, the paper was picked up again by various sites: spacedaily, sciencedaily, phys.org, sciencenewsonline, earthsky.org, wired.co.uk, redorbit, bio-medicine.org, e-science.com, rdmagazine, IEEE Inside Technology Spectrum, etc - eventually, I lost count. However, my favourite is the EEE Spectrum article (Note: Gold would be very difficult to find using this method because it's mixed up with sand and other materials; so while it sounds cool, it is not a good example).

So, what is this paper about? We point out that super-accurate time measurements could help us gain better understanding of the interior of the Earth on the local scale by measuring minute changes in the tick rate of clocks due to their proximity to heavy objects. As optical atomic clock technology improves, networks of atomic clocks and/or portable clocks could monitor the underground. Learning more about the interior of the Earth would lead to better mapping of mineral deposits, monitoring of movements of tectonic plates (perhaps help with earthquake prediction?), mapping of magma dynamics under volcanoes, and much more.

Gravity and Time
The slow down of time near massive objects is a direct prediction of General Relativity.  Time at the bottom of a cup of milk is slower than time at the top (if you waited for 15 million years, the clock at the bottom of the cup will be about 10 seconds late compared to the clock at the top.) This minute time difference is very important in our every day life. If it did not exist there would be no gravity and the milk would not stay in the cup. Current atomic clocks are accurate enough to measure such tiny time differences: already in 2010 in "Optical Clocks and Relativity" (published in Science) Chou et al. were able to measure the difference in the gravitational potential for two clocks - one placed 33 centimeters above the other.

Clocks and the Geoid
An observer at the mean sea level observes constant tick rate of clocks (after corrections for tidal effects, etc). The surface of constant tick rate is called the geoid, i.e., the equipotential surface that corresponds to the mean sea level. Clocks above the mean sea level tick faster, while clocks below this sea level tick slower. The geoid is extended from oceans to land, but there it is more difficult to determine.  Clocks measure local geopotential differences and are thus the most direct possible way to determine the geoid. One could place a clock at sea level and another one somewhere on the continent, and use the change in tick rate to measure the geopotential difference and deduce the geoid.

Clocks and the interior structure of the Earth
Clocks are not only affected by their distance from the center of the Earth, but also by underground structure. A clock located over a heavy rock is slower than one placed over an empty cave. We want to understand the internal structure of the Earth to find minerals, gas, oil and water. We would like to predict when and understand why earthquakes and volcanoes happen, and also how we as humans affect the mean sea level, which accounts for the effects of all subsurface density variations. It is possible to build a network of optical-atomic clocks. Fiber optics provide extremely accurate transmissions of better than one part in 1019. The technology of atomic clocks is on the doorstep of reaching an accuracy level in clock rate (frequency ratio inaccuracy of 10−18) equivalent to 1 cm in determining equipotential surface (including geoid) height.  Our calculations suggest that such clocks are sensitive to geoid perturbations caused by spherical structures of a radius of about 1 km if the structure is close to the surface and has a 20% density contrast with the upper crust. Bigger structures can be resolved to higher depths of tens of kilometers. Disclaimer: These are very simple theoretical estimates that suggest that further study is needed.

Joint Gravity and Optical Clock surveying?
Atomic clock geopotential surveys could be used together with relative gravity data to benefit from their different depth sensitivities. We learn in highschool (and the in the first physics course in college) that the potential of a point mas is proportional with 1/R  and the gravitational acceleration g is proportional to 1/R2, where R is the distance to the point mass.  A sphere generates the same change in the gravitational potential and in the acceleration as a point mass as long as the observer sits above the center of the sphere. In this simple example, once can divide the potential by g to find the depth to the center of the object. Finding the distance to all underground structure would amazing! However, we do not know the shape of density anomalies and so, in general, determining the depth to an underground structure of unknown shape & composition is much more challenging. Therefore clock measurements are just another piece of the puzzle in solving the inverse problem that determines the shape of underground structure.

Clarification for phys.org article about this work:  The advantage of atomic clocks is that they provide the most direct possible geoid mapping at the location of the clock.  Atomic clocks measure potential differences and not derivatives of the potential. The disadvantage of satellite geoid maps is that they provide low spatial resolution limited by the distance between the satellite and Earth (i.e., a few hundred kilometers). A direct measurement of the geoid from the ground bypasses that problem.  However, it is wrong to say that the accuracy of atomic clock measurements would be higher than that of gravimeters or than that of satellites. Gravimeters have very high accuracy, but they measure the derivative of the potential in one direction (that pointing down).  The direction of g cannot be measured accurately, and thus the change in geopotential is poorly defined. It is also important to keep in mind that local measurements are unlikely to replace satellite measurements.

Atomic clocks can calibrate satellite measurements and add detail to satellite maps, but not  replace them because it is physically difficult to deploy instruments and move them around the Earth. Clocks can be placed at locations with high seismic or volcanic activity for better monitoring. Portable clocks may be transported in trucks in regions of interest. Atomic clock measurements should be used in conjunction with gravity and gradiometric measurements. It is difficult to understand and ultimately map underground structure with data from instruments at the surface of the Earth. In order to improve our understanding of the interior of our planet we need to combine instruments to obtain as much information as we can get.

Have I ever seen an atomic clock?
Yes, see picture. I visited Dr. Steve Lecomte's laborator in  Neuchâtel. They miniaturize clock parts for space missions and other applications.  His group developed a prototype for the Hydrogen Maser that will be placed on the  the International Space Station in 2017 as part of ESA's Atomic Clock in Space (ACES) mission.  I learned that building instruments for space is much more difficult than for Earth-based experiments because all components have to space qualified, which means they can never risk by using the latest technology.

The most accurate atomic clocks to date, which have a frequency inaccuracy close to 10−18, are, at this point, still laboratory size devices, which typically fit in a room with a big table. CSEM also builds very tiny atomic clocks of the size of a regular watch, but these have much lower accuracy (~ 10−11). So far they have not been able to build clocks that are both tiny AND highly accurate AND reliable. There are ultraprecise (~ 10−17  over integration periods of a few hours) atomic clocks that are small enough to fit in a truck, have been tested for portability, and can perform measurements of geophysical interest. However, they are still very expensive and not reliable enough.

How would the portable clock be synchronized to a reference clock?
One could connect atomic clocks via fiber optics wire, which have reached accuracies beyond those of the clocks, and use them to map the geoid of the Earth. They could also use a telecommunication satellite. The challenge here is the transmission through the atmosphere, which can be turbulent and introduces errors. In some areas, a dense network of clocks can use wireless communication, which has been tested over 2 km in free space at 10−18.

GPS
Of course, the GPS has been used in various areas of science including geophysics (e.g., to study how much the ground moves on top of volcanoes).  The accuracy of the GPS clocks is about 4 orders of magnitude below that of the best optical atomic clocks. However, they are used to measure distances. They shine light receivers on Earth to measure the position of a given object relative to the satellites. Here we talk about clocks measuring the slow down of time due to presence of mass, which is a different effect.

How did Mihai and I ended up working on this topic? What is the story of this paper? (Warning: stories about articles are typically boring. Proceed at your own risk.)
Highly precise clocks with a frequency inaccuracy of 10−18 have been proposed for the space mission STE-QUEST, which could have been one of the five medium size missions to fly in 2022+. Prof Phillipe Jetzer, who is my postdoc advisor, was appointed on the science team of this mission. So, he asked us to read the STE-QUEST science document and think of potential applications for the technology developed for this mission, and for potential science that could be tested by STE-QUEST. The atomic clock work falls in the former category. My brother, Mihai, who is a highly creative person with a Caltech PhD, immediately thought that we could find oil with portable atomic clocks of this accuracy, and potentially bound the dark matter halo of the Earth because the satellite is supposed to have an elliptic orbit (The direct bound on the dark matter halo around the Earth is weak, but that is another story). If a clock can be placed on a space mission, then it has to be portable.

After Mihai and  I convinced Phillipe that this idea was relevant through a back of the envelope calculation, the three of us then talked to Lapo Boschi, a geophysicist at ETH-Zurich. Lapo mentioned a seminar by another colleague, Gyorgy Hetenyi, who is involved in gravity measurements. After more discussion with Lapo and Gyorgy, we concluded that the paper was worth writing with just a simple example vs. a complicated simulation. So, I ended up writing this paper in collaboration with them and with Prof. Jayashree Balakrishna, a long-term collaborator of mine from Harris Stowe State University, who patiently read through geophysics books and articles with me.

Posted by Ruxandra Bondarescu at 6:41 AM 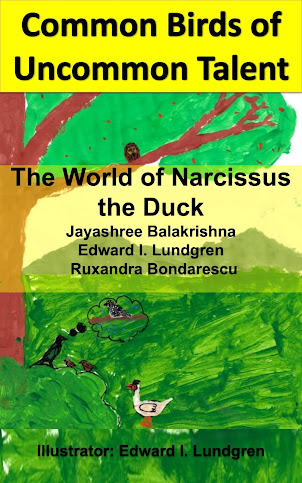 The World of Narcissus the Duck 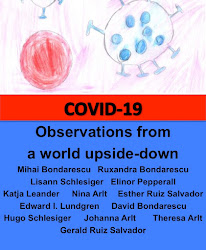 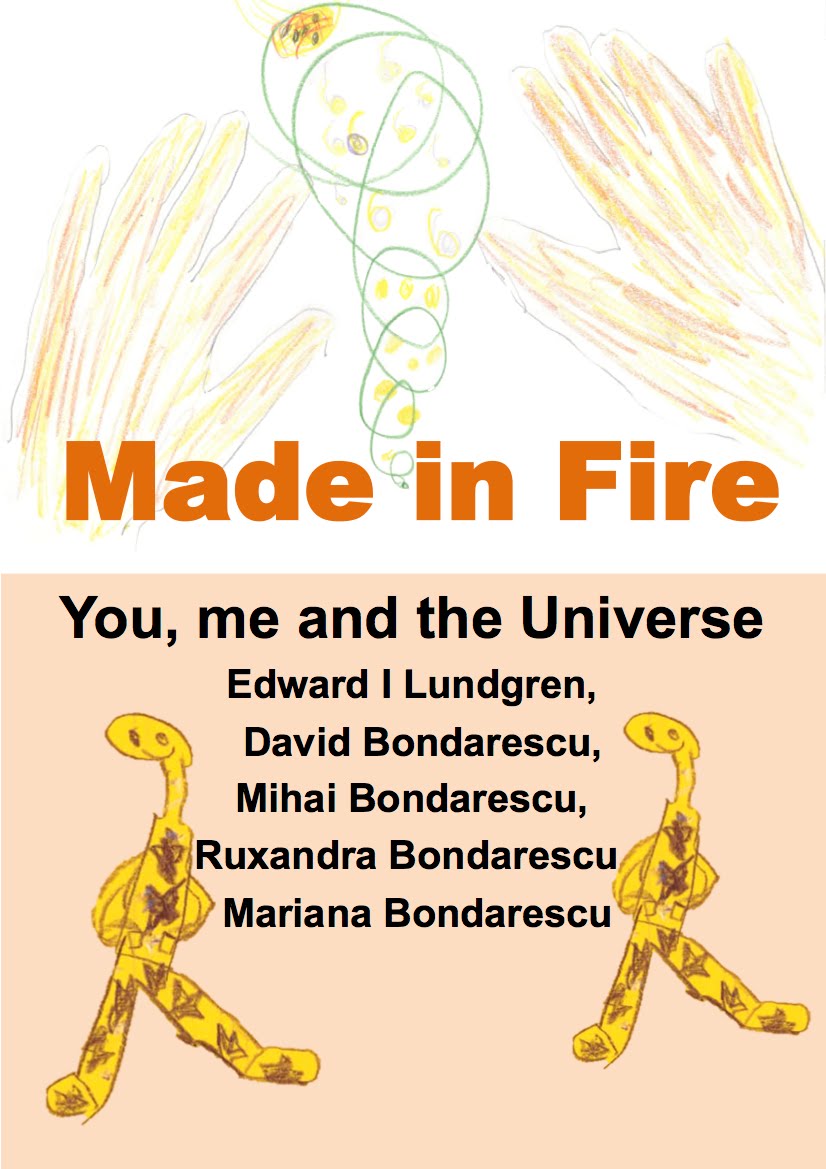 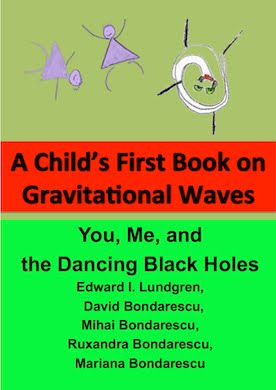 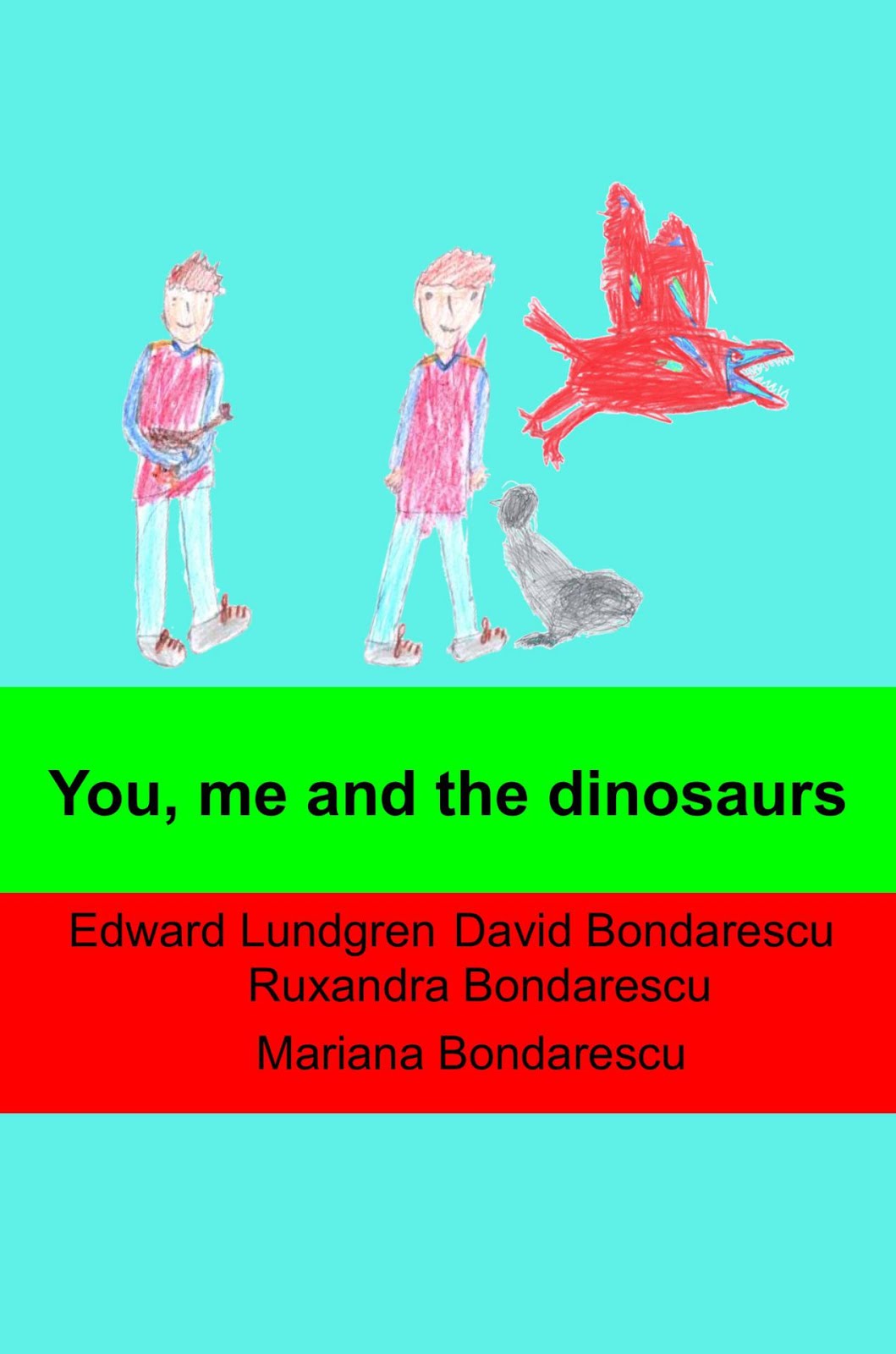